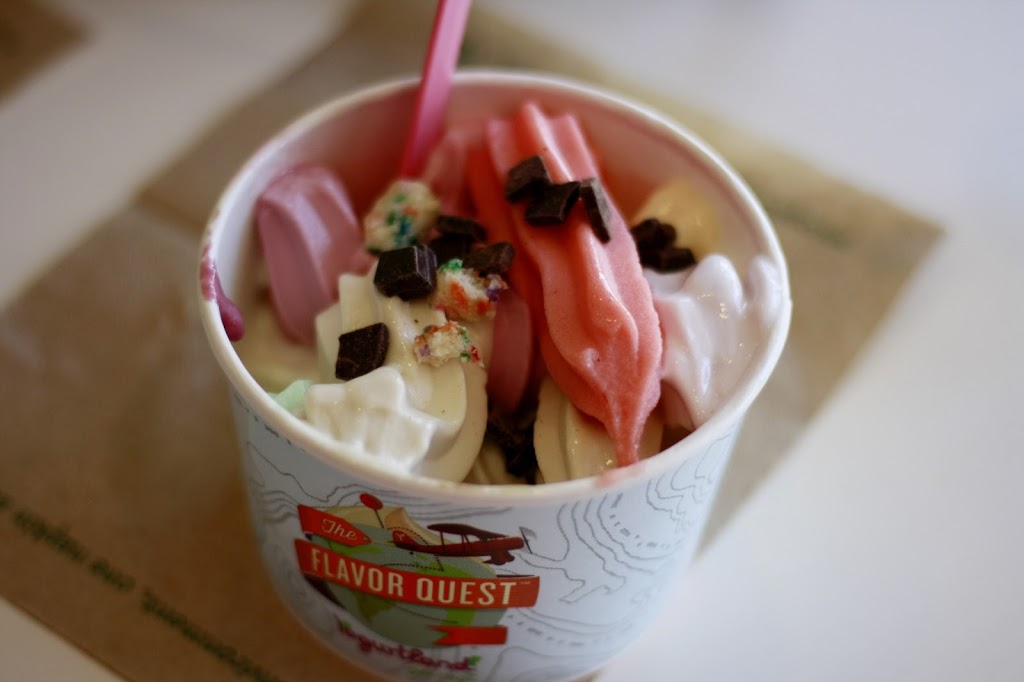 By Britt | Coaching, Fitness, Fuel, Triathlon | No Comments
Do you like being pricked in the finger while running at top speed on a treadmill?  Me too!  See?  We have more in common than apples and orange Tic Tacs.
I am not sure what your reasoning is, but I like being pricked in the finger because I believe it can help make me stronger and faster.  Totally logical.  Here’s why…
In fall 2008, Coach Gareth Thomas gave me an offer I could not refuse– a scholarship position on the UCLA triathlon team.  I would get to train under his expert coaching and supervision, with high level athletes, at quality facilities.  He introduced me to his lactate test-based training plan, which was perfectly confusing to me at first.  I had no idea what all this finger pricking business meant, or how it could help me bike and run faster, but I took his word for it.
As I trained under coach G, and occasionally went back to his “lab” to be pricked in the finger numerous times, the point of this “lactate” business become clearer.  I also began taking upper division exercise physiology classes, where I had the advantage of knowing from experience what “lactate threshold” means.  I became a bigger believer throughout my two years racing for UCLA, as I saw my lactate profile improve dramatically in conjunction with my heart rate and performance.
Upon graduating in 2010, I stepped away from lactate-based training for a time (2010-2012), until Gareth kindly offered to take me back under his wing.  In December, after an extended break from any sort of training, I returned to the lab to be pricked in the fingers once again.  I laughed as I saw my lactate levels reach record highs as I biked and ran at record low speed and power.  Now, after 12 weeks of training based on my December profile results, I get to see if this phase of training has caused a shift in the lactate and heart rate profiles…
Here is a breakdown of my journey down to the Trio lab in Brentwood last week:

Coach G bought me special magic water for my bottle during the test, which proved to truly be effective, as my results showed.
Bike lactate test on stationary trainer.  Gradual increase in effort over about 45 minutes.
Lots of heavy breathing and laughing at myself.
Finger pricking.
Excellent improvement in test results since December.  Lactate nearly half previous levels.
G, in a fantastic mood, escorts me to car park, brings my bike, AND gives me a box of new pink compression calf sleeves!
Low blood sugar, dehydrated, sweaty, smelly, discombobulated, try to arrange bike neatly in back seat.
Nosh on a mozzarella/tomato/pesto sammy w/ greens.
Change into my new favorite pink Fluid t-shirt…spilled dressing on my t-shirt :
Northridge.
Yogurtland!
CSUN…meeting…success!
Excited for research/thesis project this summer with Picky Bar.
Stop at Natural Cafe in Moorpark.
YUM grilled veggie quesadilla. Lots of h2o. Peed 2x.
Beautiful drive home through Somis.  Sun coming down.  Green. Cows (Mooo!). Country music.
Talk with my mom about our “love languages”.
Home.
My prince charming + tea and meringues dipped in melted chocolate chips.
Oh…and I brought my camera:

Full day packed with loved ones, excitement, travel, pain, and yummy food.
I got to go back to Trio this week for the run lab test, which once again showed drastic improvements in fitness (lower lactate and lower heart rate).  More about the science behind lactate testing and lab results coming soon.
Thanks G!
0 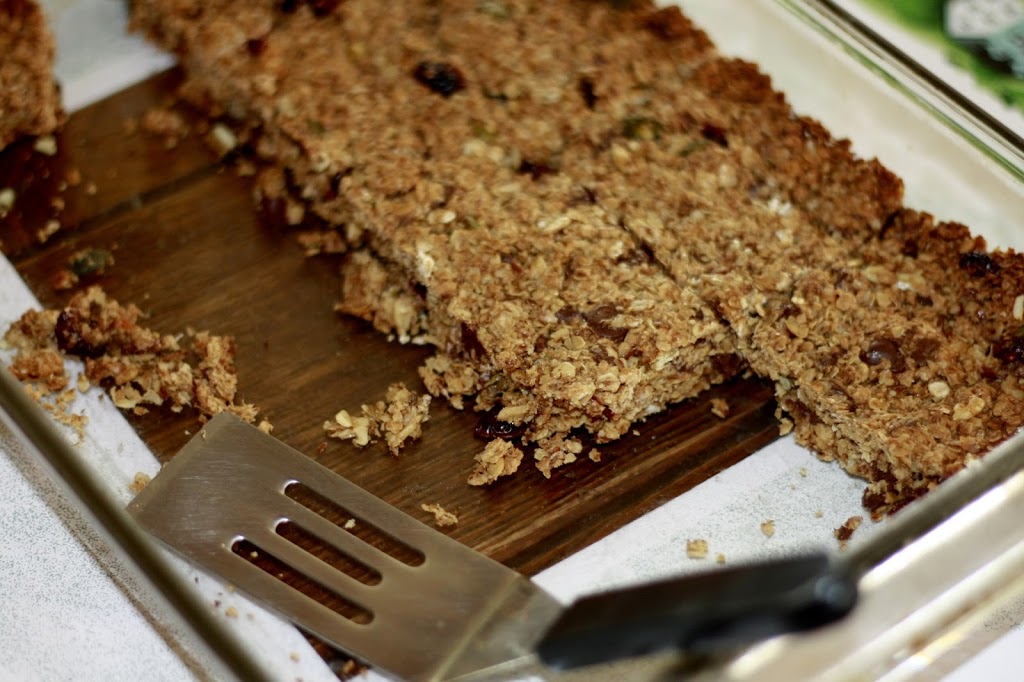 My dear friend Charlotte, grand master of all things community gardening, architecture, breaststroke, raw foods, yoga, and world travel, donated a recipe to me called “Best Bars.”  While I did not have all of the ingredients on hand for these dense, yummy-licious, gluten-free beauties, I improvised and created something handy, delicious, and nutrient-filled.  I can’t wait to make everyone at school drool as I whip one of these out of my lunch bag (I still have my Pepsi lunch bag from 2006!): 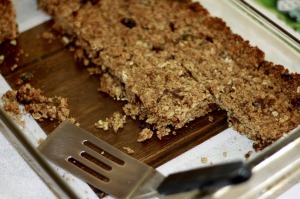 Enjoy as a snack, smothered with peanut butter or chocolate, with milk, with tea/coffee, as a post-workout treat, or pre-workout energizer (ideally an hour or more before intense exercise!). 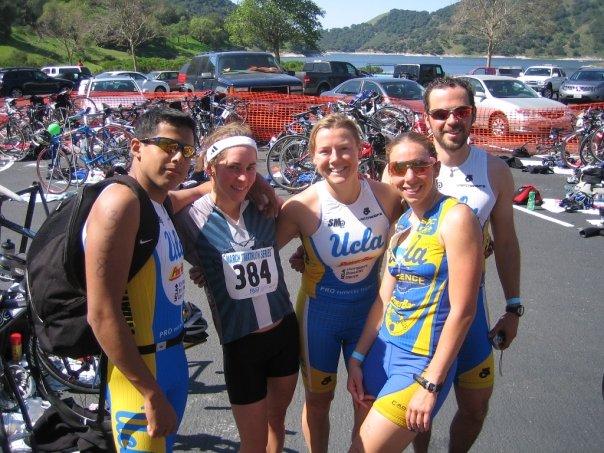 The Cal Poly Triathlon Team hosts a beautiful race at Lake Lopez every year as part of the March Triathlon Series.  Other college teams show up to camp/race/have fun, and some years to compete for the conference championship.  As an ex-WCCTC racer, this race is near and dear to me.  This was actually the first triathlon that I ever competed in–the sprint course, back in 2008!

In 2010, MTS Lake Lopez was the site of our WCCTC Championships olympic distance race.  In 2011, I came back for more fun.  I seem to be under its spell, as I came back again this year… 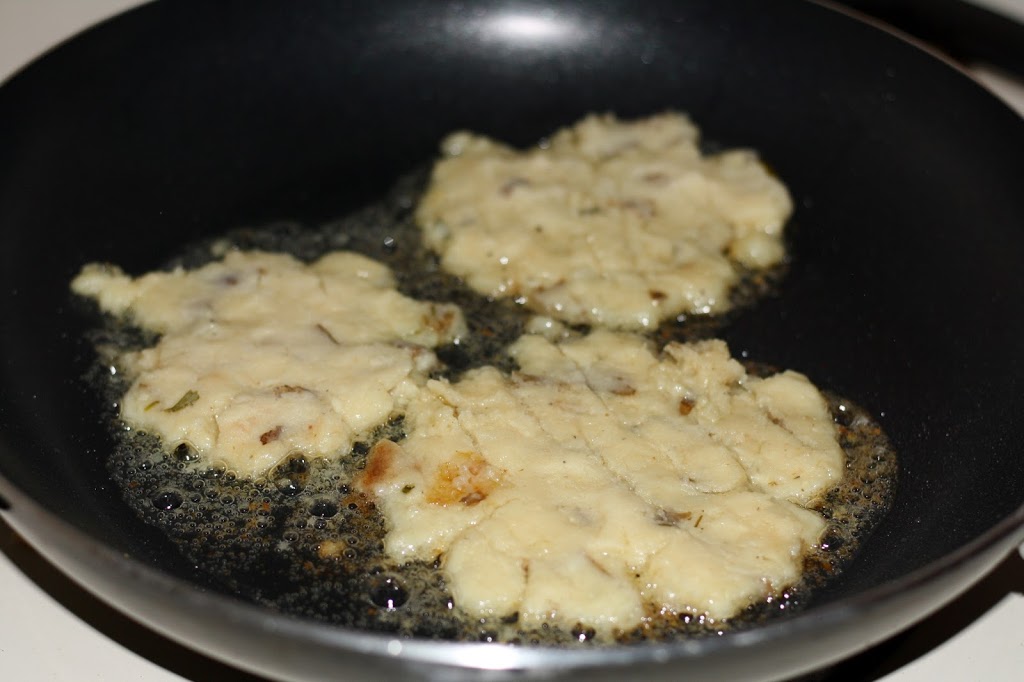 By Britt | Fuel | No Comments

…Can you tell that I have 50% Irish in me blood?  I can prove it to you by how much I love potatoes and anything with potatoes in it…fries, gnocchi, potato bread…mmm

If you happen to have made some mashed potatoes recently, and just cannot eat in mushy form, here is a solution to your problem: 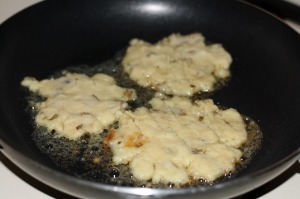 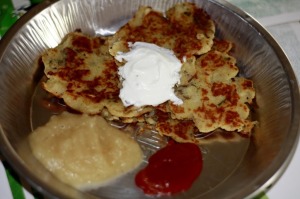 Heat thin layer of oil (or generous spray of nonstick) in a pan over medium heat.  The more oil, the greasier the latkes, which can be good or bad depending on the desired taste/purpose.  Shape mashed potatoes with fingers into thin circular pancakes, and place on heated pan to fry.  Once golden brown on bottom, flip with spatula and fry other side.

Serve warm with plain yogurt, applesauce, ketchup, butter, chives, and whatever you like.

*I made my mashed potatoes by boiling 4 potatoes with about 1 c. raw cauliflower florets until very soft, then draining out water and smashing with a masher (I refuse to remove the potato skins).  I added milk, butter, cheddar cheese, fresh rosemary, salt, pepper, and fresh crushed garlic and completely smothered it all until perfectly fluffy.