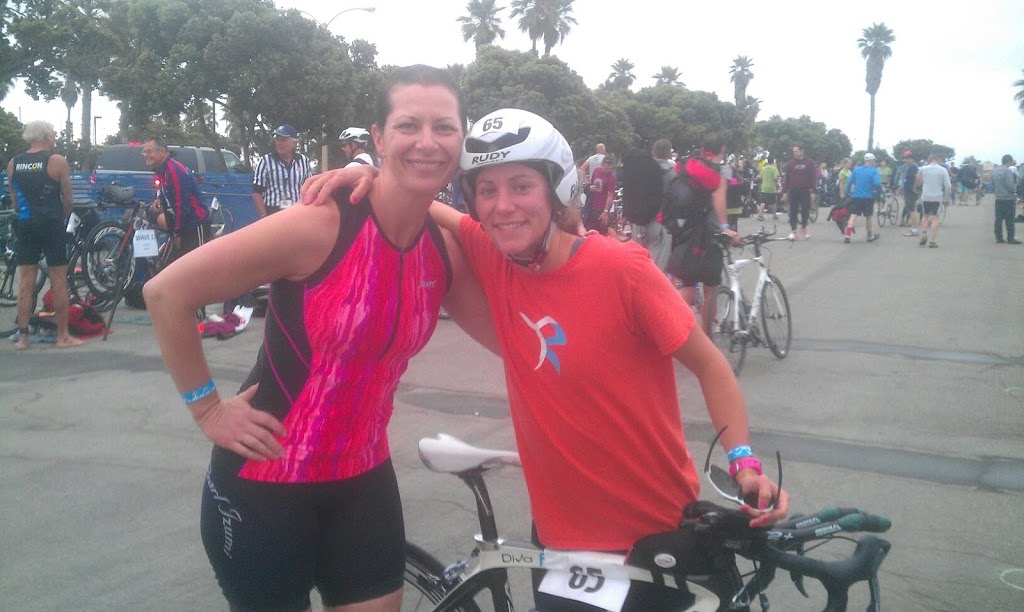 The Ventura Breath of Life Triathlon is an old and dear friend of mine.  It was one of my first triathlons ever, back in 2008, when the race took place at the Ventura pier (now held at the harbor).  It is also one of my favorite races because it is 15 minutes from my house, and it seems that nearly everyone there–participating, volunteering, or cheering– is my neighbor, friend, boss, co-worker, former schoolmate, teammate, family member, coach, or coach-ee.  It has a casual, fun, friendly spirit, much-owing much to its humble, noble roots…the event began in 1999, with only two participants, in an effort to raise money for the “Dina La Vigna Breath of Life Fund” established in remembrance of Dina and her battle with Primary Immunodeficiency.  It has grown and evolved tremendously over these 13-or so years (read more here).

So, yesterday, I lined up on the sand at “Mother’s Beach” with a feeling quite distinct from the usual pre-race jitters.  I felt excited, yet calm.  At peace, and filled with joy to be there among so many friends…