AbstractThis is an update of my first-hand observational study on the Los Angeles olympic-distance triathlon.  The researcher (me) is also the subject (me again).  This is a very scientific study with brilliant methodology and extremely accurate and reliable data.MethodsIn previous years, this race was “point-to-point,” with T1 and T2 at separate locations.  This required careful planning, as athletes were required to drop off T2 bags on the day before the race (at packet pickup).  This year’s brand new course featured an all-in-one transition area, and a much smaller event footprint.  I was looking forward to this, as it made things much more “spectator-friendly,” allowing my hubs and parents to stay nearly stationary while watching my start, swim, swim exit, run (they could see me run by 5 times on the 3-loop course!) and finish.My bathroom experience was not as seamless as it was last year.  When I arrived for set up at 5:30 a.m., the line in front of the porta-loos was already pretty long, and it was moving very slowly (there were a grand total of no more than 10 johns).  I assumed that there would be another range of toilets near the swim start down at the beach.  While there were some public bathrooms at the beach, there was also a matching long, slow, line of women waiting to use one of the three stalls in the restroom.  This situation was very frustrating for me 🙁I enjoyed the “stream” start, in which we got to line up according to our estimated swim time.  I felt relaxed during the swim, and started this song on repeat in my head…it lasted me through the whole race.  Even though the buoys were spaced out quite a bit, I had a lot of clear water in front and pretty good vision of the course.  After the swim, I felt like a hit a wall…literally!  There was a huge sandy wall that we had to run up to get to Transition.  I decided to save my legs as much as possible by taking big walking steps up the wall.

The bike course was interesting…we had 5 loops, including a total of 9 U-Turns.  On each loop, we went through a hilly neighborhood.  There were quite a few sharp turns and obstacles (water on the ground at one turn).   Once all racers were on the course, it became pretty fun, though still dangerous.  So many people in such a small, hilly, area made it nearly impossible not to do some drafting.

The run course was even more *interesting.  *Interesting= ridiculous!!  I was not expecting half of the run course to be on (mostly) dry sand, and the other (paved) half to consist of one giant hill, with a crossing through the transition area twice per loop.   It was actually so ridiculous that, once I got through the first lap, now with about 2 cups of sand in my shoes, I got over my anger at the course layout and decided to laugh inside at the silliness of it.  On the final run loop, I ran a bit too close to the water at one point and ended up with soaked shoes.  I was thinking this would be refreshing, but instead it just made my sand-filled shoes even heavier.  My feet felt like bricks and I wanted to take off my shoes and just carry them to the finish.  But, I decided to push it in with my brick feet underneath me.  When I finally finished on the beach, I realized that my time would not be comparable to other courses.  But, I was proud of myself for staying mentally strong despite the unusual course obstacles.  FuelSaturday pre-race dinner: Boccali’s Ojai Tomato Festival buffet, and strawberry shortcake!Sunday breakfast, 3:30am: Coffee, oatmeal with walnuts, raisins, agave, and an egg
During the drive to Redondo Beach: green tea10 minutes pre-race: half of a bananaT1: mocha-flavored gel
On the bike: water (Brice kindly let me use his bottle, as I accidentally left my Fluid filled bottles at home), and a package of peach Powerade chews.On the run: half of a gel, waterAt the finish: orange slice, grapes, cookies, Clif Bar samplesLunch: The Kettle, with my support crew (Brice and my parents).  I had the banana pancakes with eggs and bacon.  Yum!Drive home: Emergency frozen yogurt stop at Buyo in Malibu.
ResultsI came in first overall female, in 2:32:22, about 10 minutes slower than I went on last year’s course.  But, due to the extreme difficulty of this course, I actually am more pleased with the way that I raced this year.  Also, it was my birthday!  Figures

Conclusions
Implications for the FutureThere were quite a few times during this race where I told myself I would not to do this course again, ever.  I much preferred the old course, despite the complications associated with it being point-to-point.  Yet, when a fellow competitor asked if I’d be back again next year, I hesitated.  “I think I might be,” I said.  Did I just say that?, I thought.  Even though I was very shocked at the course layout and terrain, I did enjoy the challenges and curve balls of it.  I tend to get frustrated when things aren’t what I expect.  I think that turning it around mentally during this race–deciding to stop focusing on what was out of my control (the course, the sand, the hills), and instead focus on doing my best with what I had– was a big step for me.  Maybe next year’s course will be completely different.  Maybe we will have to carry our bikes through the sand or run through knee-deep water…who knows.  But, I’d like to think that by then I will be even better at dealing with the unexpected.Acknowledgements
Coach Gareth– for the expert coaching, lactate testing, and friendship; for being an inspiration, supporter, and longtime mentor in my triathlon world.Sean Logan– for so much support in the forms of friendship, race gear, training gear, and time.Pearl Izumi- for shoes, shoes, shoes, more shoes, race kits, hats, socks, training apparel, etc.My Parents– for coming to literally EVERY race I’ve ever done and taking an interest in my adventuresBrice- for driving me to and from the race, lending me his water bottle, cheering, making me laugh, giving me professional-status post-race calf massages, and continuing to support me in all that I do. 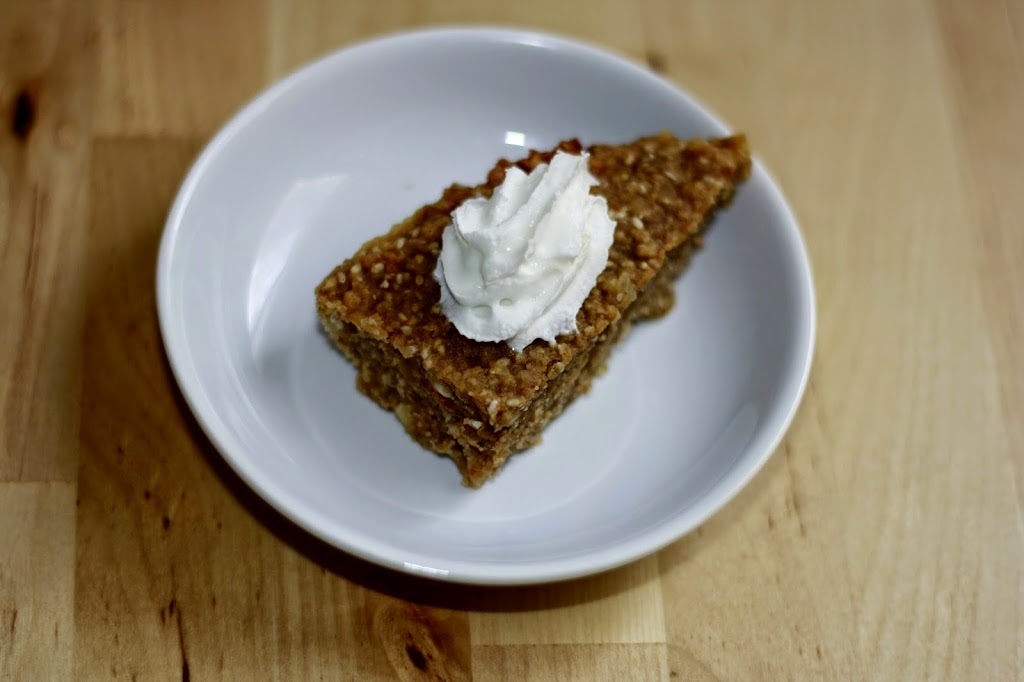 By Britt | Fitness, Fuel | No Comments

We have been experimenting in the kitchen, scheming up ideas over cups of coffee, and working our taste buds to the ground to come up with the most awesomest recipe for you.  Our bars are designed to deliver optimal fuel for before, during, and/or after workouts.  We’ve combined a minimal (but delicious!) list of quality ingredients to produce an ideal blend of glycogen-replenishing carbohydrates, a dash of quality proteins, and a smidgen of healthy fats.

The mouth-watering flavor of our miraculous mixture somewhat resembles that of a slice of homemade apple pie.  Thus, I thought that my BrittFit Bar would be extra yummy served up like a slice of pie and topped with whipped cream.  I was 100% correct.

Here are just some of the many additional ways to enjoy a BrittFit Bar:

Pre-Exercise: Enjoy a BrittFit Bar as a pre-exercise snack.  For low intensity activities, a single bar (or a portion of a bar) may be tolerated closer to workout time.  For more intense activities (e.g. running, or any high intensity workout), a longer period may be needed to avoid GI distress.  Carbohydrates supplied before workouts, especially early morning workouts following a nightlong fasting (sleeping) period, benefit athletes by maximizing blood sugar maintenance.

During-Exercise: During less-intense activities (e.g. long, easy, bike rides), or during a break between activities, consume a BrittFit Bar to keep blood sugar levels up while sparing muscle/liver glycogen stores.  This will allow you to avoid “bonking” or depleting glycogen stores during longer sessions.  Recommended carbohydrate intake for activities lasting longer than one hour: 120-240 kcal/hour, with water.

Post-Exercise: Post-exercise carbohydrate and protein consumption is a crucial step in reaping the benefits of your hard training, and seeing long-term performance benefits.  Following workouts, especially those of high-intensity and/or long-duration, refuel with a BrittFit Bar to maximize the muscle repair and glycogen recovery process!  Aim to refuel with a bar within 30-minutes of exercise.

Whenever:  Because BrittFit Bars are made with whole food sources of quality carbohydrates, proteins, and healthy fats, they make a great snack anytime!  Looking for something to keep your blood sugar stable between meals?  Emergency travel snacks?  Midnight munchies?  These provide top-notch, nutrient-dense, sustenance.

A note to those with food allergies/intolerance:  BrittFit Bars are made with certified gluten-free oats, in addition to other non-gluten-containing ingredients.  There are no sources of dairy, eggs, meat, peanuts, or soy on the ingredients list.

Order BrittFit Bars:  We will begin taking orders soon!  Please contact Britt (bebrittfit@gmail.com), or Annette (annette@moonvinedesserts.com), if you’d like to be notified once we’re off and running.

Fun Fact: Annette, triathlete and owner of Moonvine Desserts, was the mastermind behind our amazing puzzle piece-themed wedding cake this past April.  It’s an honor to work with such a skilled woman! 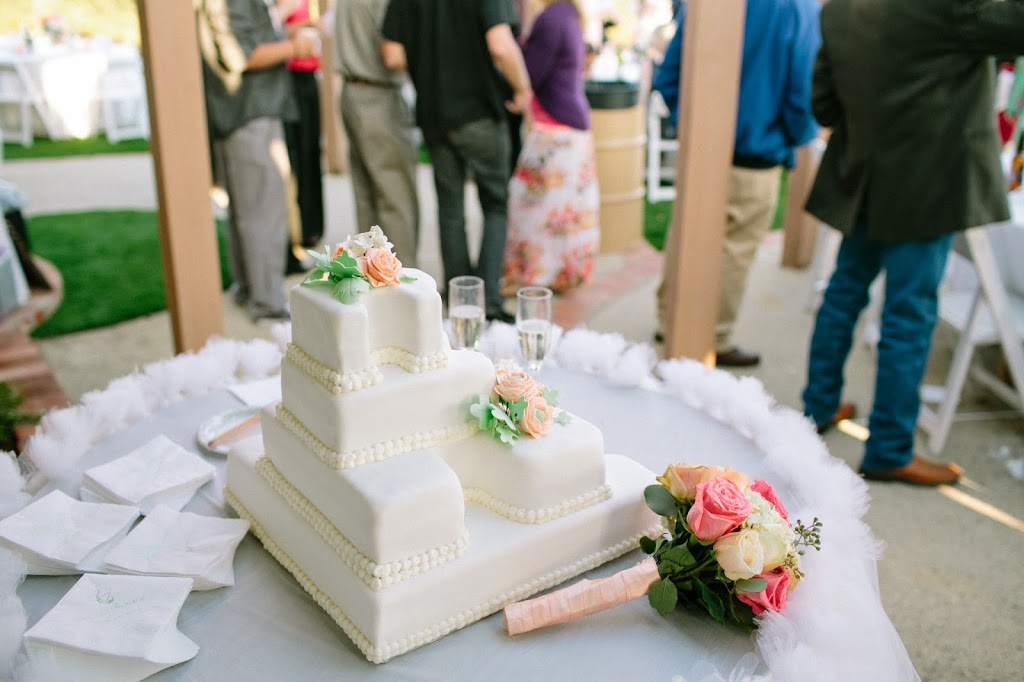 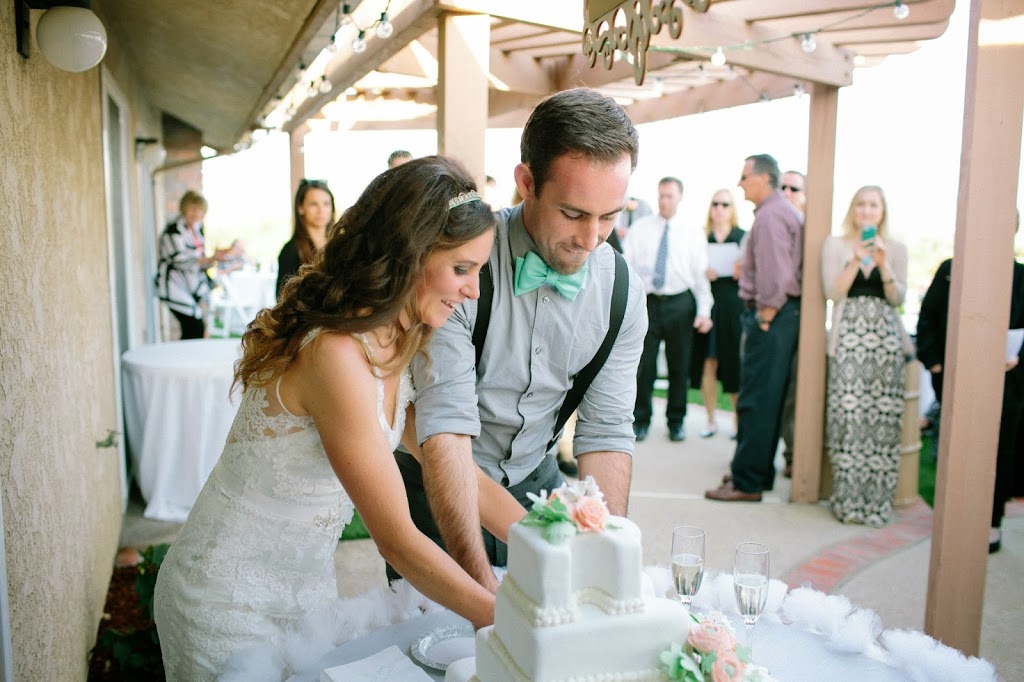