Well folks, it’s time for the second round of “Life Stuff”. If you haven’t read Donna’s story, it’s not too late! Prepare to smile 🙂 Today’s post features elite runner, Chris Frias. A 2016 Olympic Marathon Trials competitor and 2013 Big West cross country champion at Cal Poly, Chris can be found training, coaching, or selling shoes at Mile 26 Sports in Ventura, CA. Chris oozes deep humility, strength, and passion, as evidenced in his words below. Thanks for sharing this chapter of your story with us, Chris. 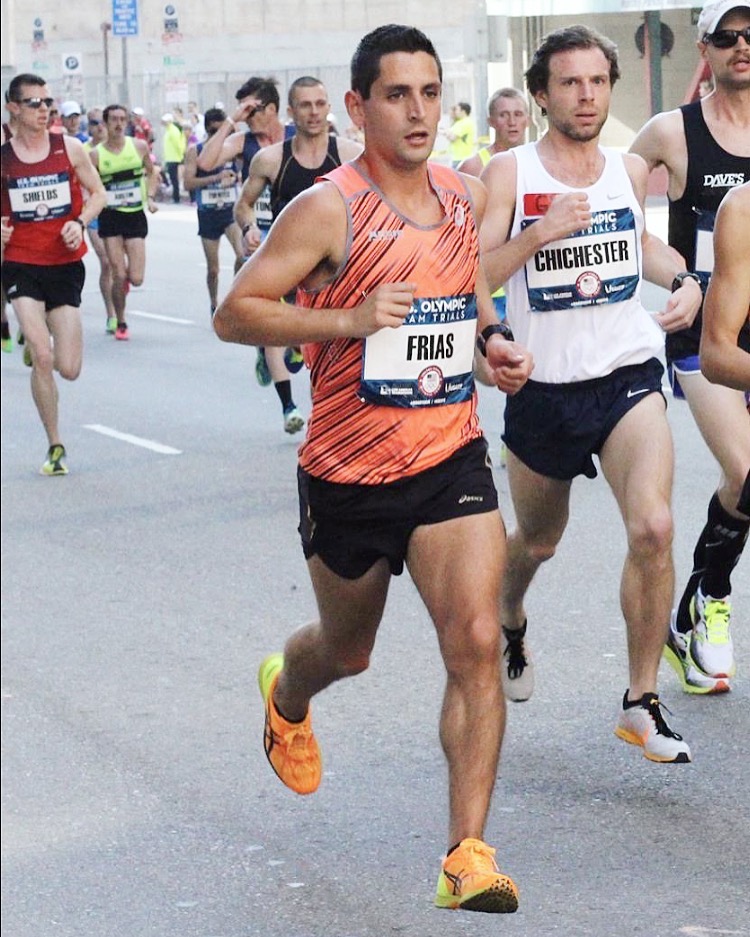 The most difficult thing I’ve gone through (and still struggle to get through) just happened last year.  My mom passed away from pancreatic cancer. It was a 17 month battle which caused a rollercoaster of emotions.  Initially she responded really well to her chemo and her tumor marker number dropped significantly. However, the treatment started to take a toll on her health and she had to back off it for a bit.  Meanwhile her tumor marker number shot right back up. She eventually got back on chemo but it started to become less and less effective until the point where she had to stop it completely and go on hospice.

Since her passing (Jan 2017) I’ve had very few good races, and it’s especially been evident during my current track season in which the times I’m running now I was running as a 2nd year in college. Training and competing have both been a struggle recently, but one of the many things I learned from my mom is to never give up.  She never gave up hope, remained faithful to God throughout, and kept fighting until the day she died. Her courageous battle with cancer made me realize that no matter how much pain I may feel in a race, it is nothing compared to the amount of pain and suffering she went through during those 17 months. She is my inspiration to run everyday and my motivation to get through races when things get tough.