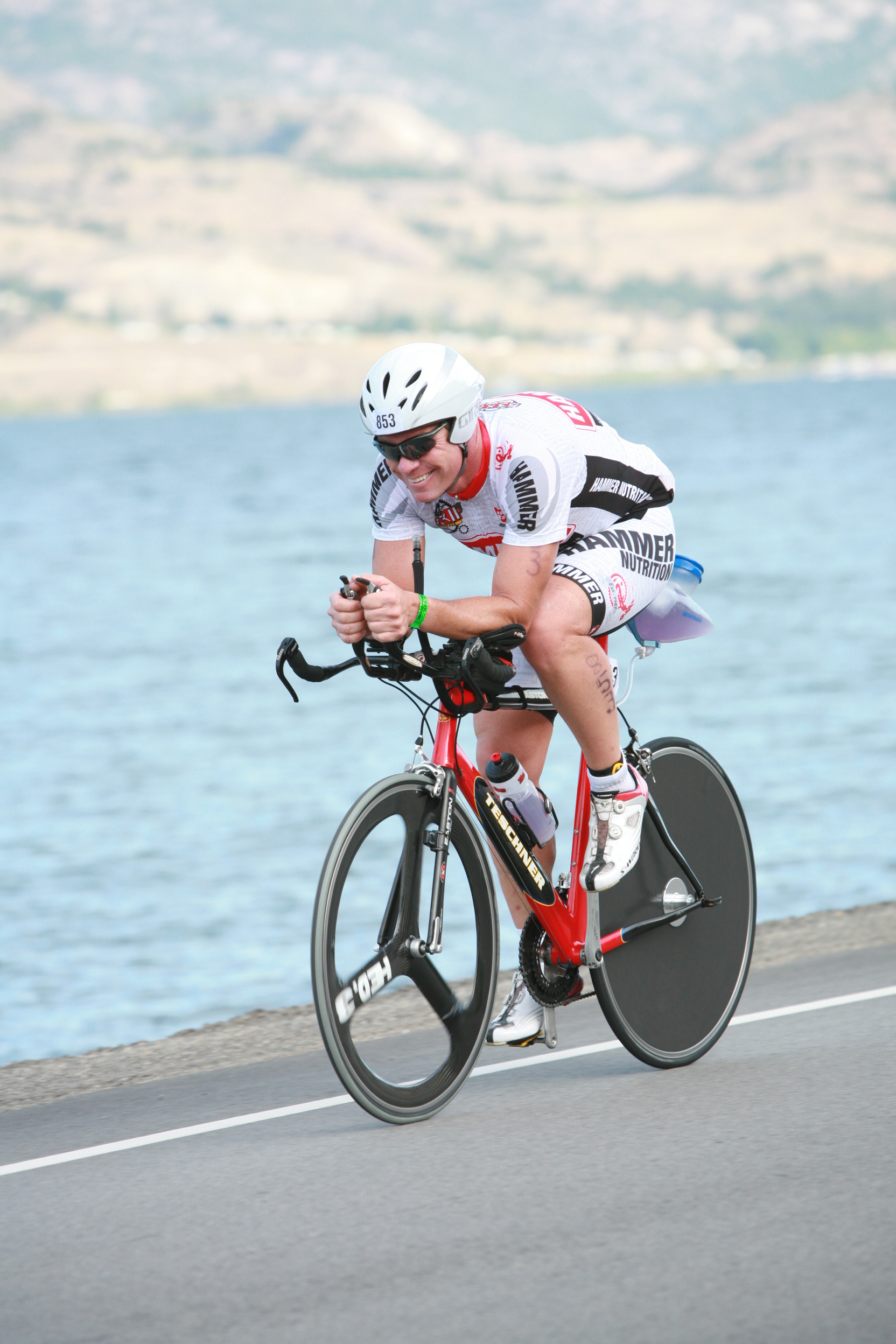 If you’ve enjoyed reading about how fellow athletes have overcome adversity in this Life Stuff series, you are in for another treat! Mike Shaffer is a lifelong high-performing athlete with an impressive competitive resume in swimming, triathlon, and aquabike. His journey has not been without its share of valleys, though.

In 1994, Mike was nearly killed when he was struck head-on by a drunk driver during a training ride. After hitting the hood and going through the windshield of the Ford Escort, his injuries included a severed left quad, broken right foot, and knees that required reconstruction. In a 2006 interview with USMS Swimmer, Mike recalls that he returned to the pool 3 months after the accident using a one-legged turn and buoy to keep his legs afloat.

From there, he used small, realistic goals in the pool to keep himself motivated and incrementally improving.

“I was determined. I kept setting goals: 40-second 50s today…It refreshed me. I think it helped to light a fire again. Every week I was trying a new challenge.”

The following month, he completed his annual One Hour USMS swim relying almost entirely on his upper body. Another 6 months later (10 months post-accident), Mike completed Ironman Canada, setting a personal best time and a race swim course record of 43 minutes and 54 seconds. During the same season, he was awarded the USA Triathlon Comeback Award as well as gold and silver medals in the FINA Masters World Swimming Championships.

Mike claims a positive outlook and refusal to give up were the key ingredients in his return to competition. “It may take time, but stick with it” he says.

About a decade after his “comeback” into triathlon, Mike was all but forced out of the sport again. In 2004, his doctor told him to ‘stop running now or we can go ahead and schedule your knee replacement surgeries.’ Mike’s triathlon career ended soon after that discussion. However, just a few months later USAT would announce an aquabike pilot program starting in 2005. “It was a perfect transition for me” he recalls.

Since aquabike’s official launch, “Aquabike Mike” has earned national and world titles in the sport. At the same time, he has remained competitive in the pool where he regularly wins national titles and sets national standards on the way. As someone who has witnessed many of Mike’s training sessions and competitions first-hand, I can say that to observe him in the pool (and ocean) or on a bike is to see a masterpiece being painted. His chosen canvas is the water and the road.