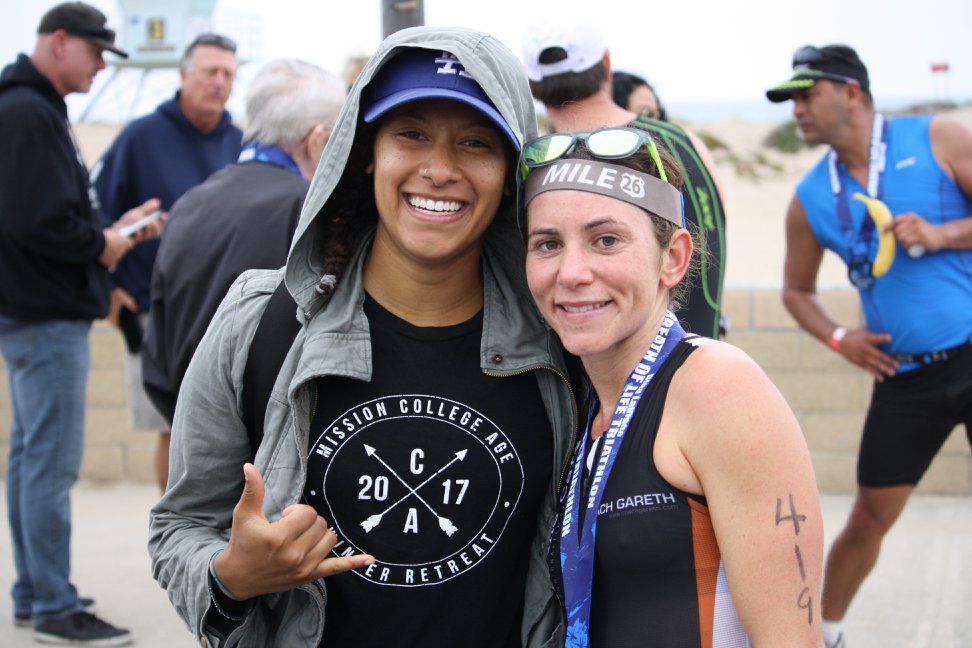 If you are fortunate enough to know Laura Lynn Callen, then you understand how deeply her smile penetrates your heart. Laura lives joyfully and selflessly. Ventura locals may recognize her as one of the energizing red carpet emcees at Mission Church’s annual “Night to Remember” prom for special needs guests. She also sings like a sparrow and composes ad lib melodies which she calls “Laura Lynn Callen Originals”.

In addition to her musical talents, Laura is an accomplished endurance athlete. When I first met Laura, she mentioned to me that (at the time) she had finished “one triathlon”. I pried a bit and found that this “one triathlon”, Laura’s first triathlon, had been at Ironman Louisville in 2013. Having competed in triathlon for over 10 years myself, and never having finished a race longer than 70.3 miles, I was astonished that a “beginner” would sign up for–and complete–140.6 miles in one go. Just last year, in October 2017, Laura finished her second ever triathlon–yes, it was another Ironman event. Laura recently took the time to share with me what endurance sport means to her: a therapeutic outlet when “life stuff” happens. 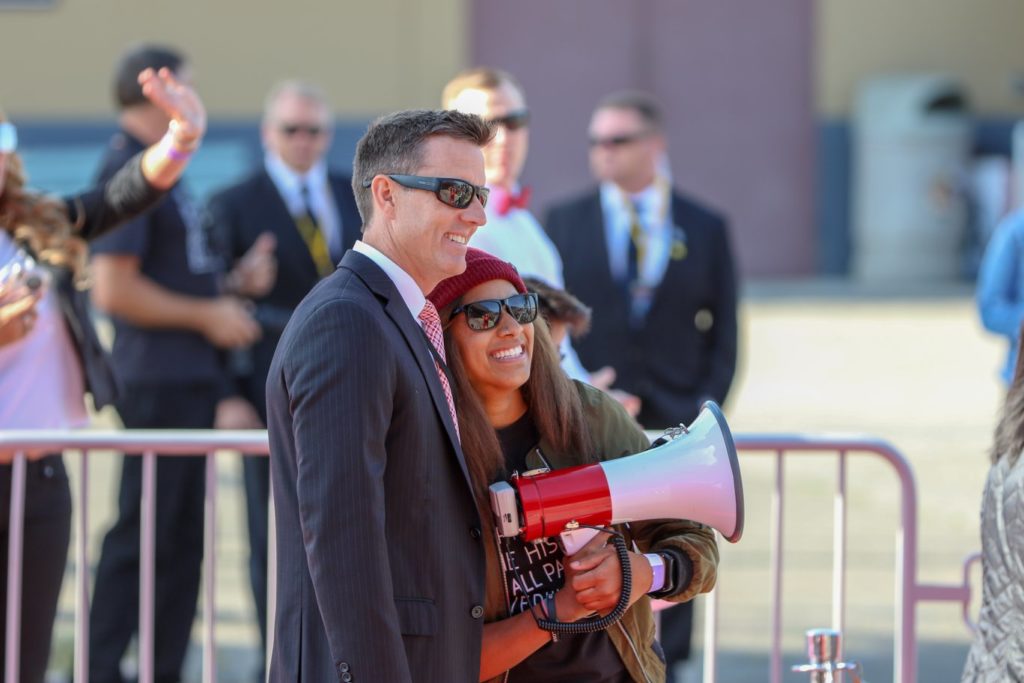 “When I was at the University of Kentucky, I worked with a man who became my good friend. He supported me as I moved from Kentucky to Ventura (to work for Mission Church) and our friendship continued to grow. After the move, I felt even more connected as friends. But then I learned that he had some unhealthy behaviors and was making unwise choices. It hurt me that he was making these choices, and I realized that if I kept being his friend it would impact me and I would end up being hurt even more. So I had to make one of the hardest decisions in my life: I had to cut him out. One night I Facetimed him and told him that although I cared so much for him but had to step away. He completely understood, which made it even more difficult for me to let go. So I ended that friendship and I was so, so sad. My heart was hurting.

The next day, I was feeling very out of sorts– emotionally drained. I didn’t know what to do. I thought ‘you know what? I am gonna go on a long bike ride.’ I had no plans on where to go. I didn’t even bring food. I had a water bottle and my phone.

On the bike, I was pedaling and processing and talking to God and crying. I ended up biking for over 60 miles. I wasn’t even training before that. It was just a spontaneous ride. I let out all the burdens, all the hurt, and all the frustration. I felt like I was just pedaling it all out. At the end of the ride I felt so relieved. I felt lighter. I was a little tired, but I was so grateful to be able to process and release stress by moving my body. I was thankful that I had a bike, a place to ride, and a body with the ability to do so.

Training has been a huge outlet for me. Whenever I’m working out –running, swimming, biking–I find this is a space where I get to really unpack anything that I have pushed down deep and thought ‘I’ll get to that later’. The things I’ve been holding in, I can let them out. I feel like when I workout I am overall becoming more complete as a human–spiritually, physically, emotionally.”